You are here: Home / With AP Systems 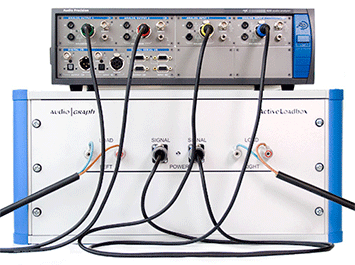 A great example of APx’s interactive capabilities being put to good use. Using the APx API and its ability to call third-party applications, Audio Precision has written a utility that allows APx to control the Active LoadBox dynamic load tester. The Active LoadBox is developed by AudioGraph and it’s a very useful instrument if you want a real-world view of your power amplifier designs.

Please feel free to get in touch with us. We will be happy to answer any questions. We will also be happy for any feedback on our pages, brochures, and products.